TANKS, COPTERS, REBELS & FIGHER PLANES... I arrived in Istanbul on Wednesday 13th July 2016 and I was not expecting the week to pan out quite how it did, business deals were flying then the military decided to join the party. You first arrive in Istanbul and city hits every sense, it’s breathtaking, the noises, smells, views, culture all blended together in this expansive space as Europe meets Asia. A CEO intro email has been sent to 140 leads and contacts, the team in London has already secured two meetings with leading conference companies, we were waiting on four more, I was excited to see how the week panned out.

The Turkish market was brand new to me, I was a little apprehensive but I knew that Istanbul’s international conferences and exhibitions sector was growing and becoming sought after by some major firms and some of the biggest furniture, leather and boat events were held here.

Preparation for the week

Day One Wednesday – Land, eat, go – I’d landed at 1pm, my first meeting was at 4pm with Tarsus so I picked up food at the airport and ate on the shuttle bus in to the city, time was precious today and I needed to find the hotel, change in to suitable attire and locate the clients offices – traffic was known to be bad.

This was an eye opening meeting in many ways and as not only were we securing business in Turkey, one gentleman that joined the meeting was from the Tarsus head office in Hammersmith and was outlining the size of the organisation and giving me good insights to pitch for the groups 100 events.

Day Two Thursday – 10am meeting with CNR, lunch at Soho House Istanbul, investor call, 4pm meeting – it certainly was going to be a busy day but I’d had the traffic on my side all day and made each meeting on time, roof top lunch and was feeling good. CNR turned out to be the top meeting of the day operating over 70 international events, the team were responsive and asked for a proposal.

Day Three Friday – 4pm Meeting, Military Coup – I had the morning to catch up on emails, send out proposals and get my final meeting prepared – it was a small conference group in the north with 5 events, budgets tight but I was sure this was a deal, the comms had been positive and you could sense the need for marketing power. The meeting went well and I was starting to enjoy the Turkish tea and warm hospitality, the people of Turkey were professional, polite and very welcoming, as I left they requested a proposal for one and five events – I headed back to the hotel. I’d decided to go for a run, I’d had a great week and tonight I was on a boat on the bosphorus in Istanbul celebrating my best friends wedding- what more could you want to close off the week.

The boat departed the shore, celebrations began and as the night moved from light to dark my phone buzzed, I received a text from my friend and a former intern based in Sicily that trouble was occurring in Istanbul and to take care, within the hour the entire boat was under siege with news of the Military Coup. The bridge above once coloured with the French Flag in remembrance of the tragedy in Nice went black and the news hit us that tanks where on the bridge. The boat docked, we departed knowing both bridges had been blocked by tanks, fighter jets were flying over head and the noise of people on the streets began to build. I found two good men on the boat, sourced a bottle of vodka and headed to the street to flag down a taxi. $300 was the fee for get us safely across town – we haggled, we shared vodka and the deal was sealed – Destination Soho House Istanbul. 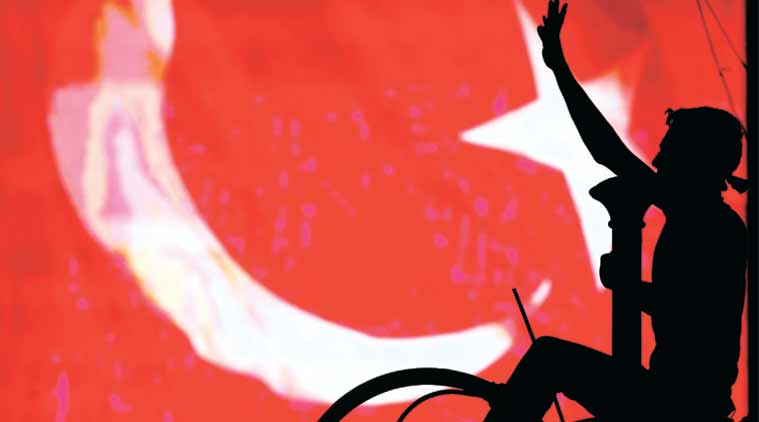 By this point the mood had changed, groups gathered in Taksim square, we could hear bombs exploding in the distance and reports of shootings, we needed to get off the streets fast. A rebel helicopter rumbled over head, it was so close you could feel the breeze, we took cover, it landed in the main stadium and then left within 10 minutes – we’d been travelling by taxi and now by foot for over 2 hours – we eventually made the hotel, took a breath, shared some stories and went to bed… we woke and the Coup was over… the breaking news now covering the hotel screens was one of rejoice and resolution but rumours were breaking it was just a rouse.  For me I only had one question, how do we get out of Istanbul… easy, take the weekend, eat amazing food, drink a little wine and fly Sunday, by then we’d be good… Next stop Dubai.