Event.ly was an event marketing software that made it easier to promote events via a broadcast application, email, SMS and social media, however due to declining revenues the company ceased trading. Spoonfed Media Ltd raised in excess of £1m in funding and Bullseyehub grew to being one of the leading event marketing platforms in the UK but developed issues as they tried to pivot business resources on to multiple projects, leading to substandard customer experiences.

The rise to success was clearly attributed to the founders’ ability to attract talented people and form dynamic teams. At the latter stages of the company’s trading history it became apparent that the company was failing to listen to customers and its own internal teams.

The terms of the acquisition see evvnt acquire Event.ly’s assets, customer base, codebase, database, blog, social media platforms and trademarks. The codebase and databases will be evaluated and integrated into evvnt where available, with the remaining assets being assumed into evvnt’s existing services.

The acquisition has helped cement evvnt’s position as the standalone market leader for event publishing, with the company’s focus firmly on reaching the global audience of event organisers.

“Event.ly / Bullseyehub had an opportunity to deliver a definitive event marketing service to event organisers as the global market is underserved, the company was well staffed, dynamic and perfectly placed to be the market leader,” said evvnt CEO Richard Green. “With an opportunity to access a £50k+ per month customer base who had shown a real interest in these types of services and present them a event marketing solution that really works, we were super excited to buy the assets. I personally wanted to make sure the hard work of all the staff who took this event technology startup from concept to commercial viability were remembered, and the true spirit of Evently/Bullseyehub was not lost.” 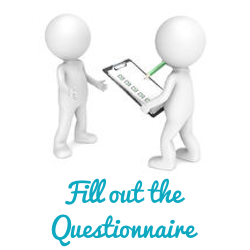